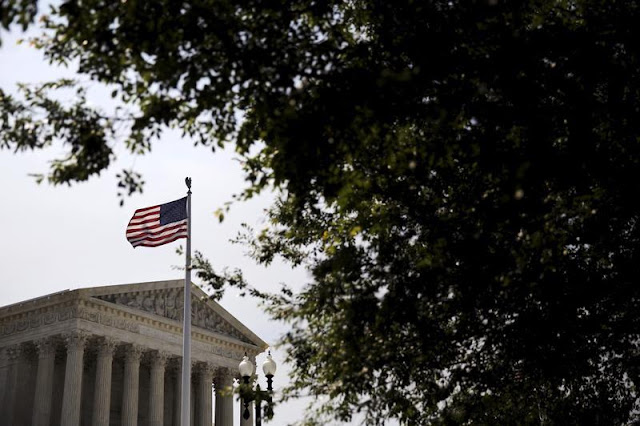 NEW YORK (Reuters) - A federal appeals court on Tuesday revived a California man's lawsuit accusing Spokeo Inc of publishing an online profile about him that was filled with mistakes.

The 9th U.S. Circuit Court of Appeals ruled 3-0 in favor of Thomas Robins, 15 months after the U.S. Supreme Court asked it to more closely assess whether he suffered the "concrete and particularized" injury needed to justify a lawsuit.

Robins sued after learning that his profile, which carried someone's else's photo, said he was married with children, affluent, in his 50s and employed, and had a graduate degree.

He said all of this was wrong, and accused Pasadena, California-based Spokeo of willfully violating the federal Fair Credit Reporting Act, with potential damages of $1,000.

The case was significant because Robins tried to pursue a class action, which if successful could expose Facebook Inc, Alphabet Inc's Google and other online data providers to mass claims in similar lawsuits.

In a 6-2 decision in May 2016, the Supreme Court set aside an earlier 9th Circuit ruling favoring Robins, and asked the appeals court to review the severity of Robins' injury.

Justice Samuel Alito concluded that not all inaccuracies, such as a wrong postal code, could threaten real harm.

In Tuesday's decision, Circuit Judge Diarmuid O'Scannlain said "it does not take much imagination" to surmise how Robins could have suffered real harm, given the importance of consumer reports to getting jobs, obtaining loans and buying homes.

The alleged errors "do not strike us as the sort of mere technical violations which are too insignificant to present a sincere risk of harm to the real-world interests that Congress chose to protect with FCRA," O'Scannlain wrote.

Spokeo said it will vigorously defend itself in court, and it believes the need to show individualized inaccuracies will make it "very difficult" to win class certification.

The Supreme Court decision has prompted some uncertainty, with lower courts dismissing some proposed class actions based only on technical violations, while letting other cases continue even when alleged harms were intangible.

"We're obviously very pleased," Jay Edelson, a lawyer for Robins, said in a phone interview. "This lays out exactly what the Supreme Court was getting at."

The CFPB did not immediately respond to a request for comment.


Posted by Legal Support Investigative Service at 6:59 AM