A convicted rapist in California was recently found to be working security at a rape counseling center, PEOPLE confirms. 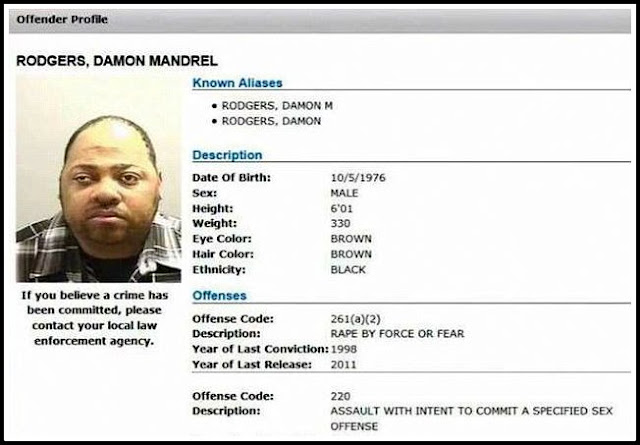 Police in Fresno, California, say they discovered that 40-year-old Damon Rodgers was working as a guard at Fresno’s Rape Counseling Services center after he posted on a security guard networking forum on Facebook asking about a sidearm holster for a .45-caliber handgun.

“At first, the reporting party was trying to help him out,” Fresno police detective Josh Alexander tells PEOPLE. “That’s how they originally started talking. Initially he was trying to help [Rodgers] out to get holstered, and then another guy said he is a convicted sex offender. He found [Rodgers] on the [California] Megan’s Law website.”

Rodgers was convicted in 1998 of two rapes in Madera County, California. He was released from prison in 2011.

Alexander, who monitors Fresno’s sex registrants, says the other security guard tipped him off on July 27.

Later that day, police pulled over Rodgers’ car after his shift at the center and found he was allegedly in possession of a gun and a switchblade, which as a felon he is prohibited to carry.

Alexander alleges Rodgers weapon was not registered and loaded with nine .45-caliber slugs. The serial number had also been shaved off, he says.

“It was surprising to me,” he says. “Anytime we have a convicted sex offender who has a gun working at a rape crisis center, I would hope it would be cause for alarm for any law enforcement agency.” 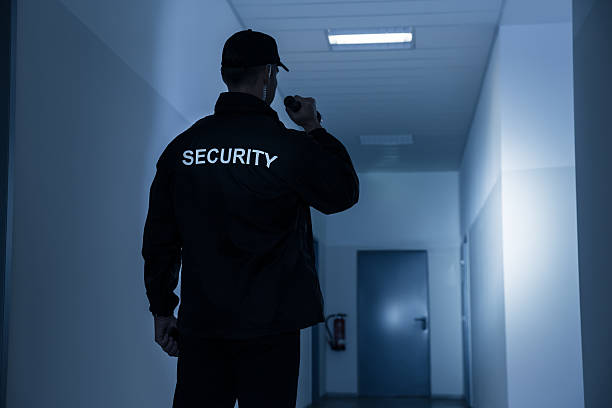 Alexander says the security company that employed Rodgers, reportedly identified as Stone Protection Services, didn’t do a background check on him. “You take for granted they have gone through a clearance check,” he says.

Alexander says the rape center had no idea that a convicted sex offender worked there.

“They just went along with the security company they hired to work there,” he says. “If they had known who he was, they would have put a stop to it.”

Rodgers has entered a plea of not guilty to a charge of possession of a firearm by a felon. He is held in the Fresno County Jail on $386,000 bail.

A hearing is scheduled for Aug. 30. His lawyer could not be reached for comment.


Posted by Legal Support Investigative Service at 10:30 AM