If someone online makes false statements that anonymously trash your professional reputation, should you be able to find out who posted the review? 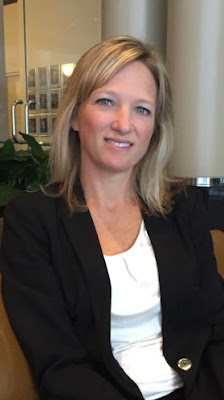 Yes, says Tampa divorce and family law attorney Deborah Thomson, a central figure in a precedent-setting case now on appeal in the state of Washington.

Thomson, 44, is a partner at The Women's Law Group in Carrollwood. Last year she filed a defamation suit against an anonymous reviewer on the attorney ratings website Avvo.com. She has asked courts in Seattle, where Avvo is based, to enforce a subpoena for information that would unmask her anonymous critic.

Among other things, she argues that the First Amendment does not protect defamatory speech.

"If there aren't some guidelines and some protections, it is very easy for any individual to go and post any kind of defamatory comment about anybody else when they feel like it, because they can hide behind the First Amendment," Thomson said Thursday after arguing her case to a three-judge panel in Seattle.

It's not a new question.

"This is a question that is sort of sweeping the country state by state," said David Ardia, an assistant professor of law and co-director of the Center for Media Law and Policy at the University of North Carolina School of Law. "Each state is kind of weighing in at its own time on this question, and not all states are in perfect agreement on what should be done."

Thomson's case has drawn opposition not only from Avvo, but from the nonprofit advocacy group Public Citizen in Washington, D.C. They contend Thomson should have to meet a multi-part test that includes showing she has a legitimate claim that is likely to succeed in order to pierce her critic's veil of anonymity.

With Amazon, Microsoft and other tech companies based in Washington state, the case is seen as having an impact beyond Avvo.

"This is one of the national tech centers in the country, and the ruling in this case could affect the rights to speak pseudonymously and anonymously on a number of platforms," said Paul Alan Levy, an attorney for Public Citizen, founded in 1971 by consumer watchdog Ralph Nader. "If it's too easy to out your critics, the result will be that one side of the debate about the quality of businesses will be suppressed."

On Avvo, Thomson has 11 reviews.

The 11th came from a reviewer who posted a critical review under the headline "Things to consider" in September 2013.

"I am still in court five years after Ms. Thomson represented me during my divorce proceedings," it says. "Her lack of basic business skills and detachment from her fiduciary responsibilities has cost me everything. She failed to show up for a nine-hour mediation because she had vacation days. She failed to subpoena documents that are critical to the division of assets in any divorce proceeding. In fact, she did not subpoena any documents at all. My interests were simply not protected in any meaningful way."

Thomson wrote a response that Avvo posted right below her critic's review. First, she said, the reviewer "was not an actual client of mine."

"This is a personal attack from someone that I know," Thomson added. Five years before, she said, she worked at a law firm where "any cases were not my own." She also said courts have procedural safeguards in place to ensure that cases don't drag on. She also said a mediation would not have taken place if an attorney didn't show up, and mediations are not scheduled for set blocks of time as described.

Thomson also noted Avvo does not verify what users post or whether someone writing a review was, in fact, an attorney's client.

But she didn't stop there.

In May 2014, Thomson sued her critic in Hillsborough County Circuit Court. She alleged defamation and issued a subpoena to Avvo seeking identifying information about the reviewer. In her lawsuit, Thomson called her critic Jane Doe. She said she thinks she knows Doe's identity, though she declined to share it last week. In court records, not even Doe's gender is acknowledged with any certainty. 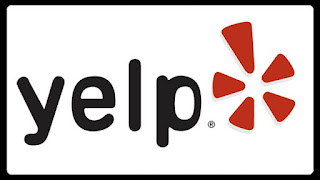 Thomson said similar critical reviews about her appeared on Google and Yelp, both based in California, a state where judges have set specific standards for those seeking to expose anonymous online posters. After her subpoena to Google, the company reached out to Doe and when Doe didn't respond, Google took down the posting, Thomson said. She said she is in contact with Yelp.

A Washington trial judge denied Thomson's request to force Avvo to turn over Doe's records, saying she failed to sufficiently establish the case behind her defamation claim. Her appeal set up Thursday's hearing.

Anonymous free speech has a long history in the United States, going back to the Federalist Papers and beyond, and courts have protected anonymous speech under the First Amendment. They've also worked to create standards in defamation cases that balance the interests of people who have suffered real harm from false statements with the rights of anonymous speakers writing about important matters.

Generally, courts that have set these standards require some sort of proof showing that the plaintiff's claim is legitimate and likely to succeed on its merits, Ardia said. They also have required that the plaintiffs make an effort to notify the anonymous poster that their identity could be disclosed through a subpoena so they have a chance to defend themselves. And that can be hard, because the poster is, well, anonymous.

A Delaware court introduced a modified version of those standards, though its case was political, not commercial. A key question in Washington is what standard that state will adopt. Thomson and Levy said it could be months before they get a ruling.

"It has been a struggle," Thomson said, and there's "a feeling of helplessness when you find something like this online, and you realize that there's really nothing that you can do about it, which is why I'm pursuing this matter as hard as I am."

There were a rash of these cases a few years back, Ardia said, though the numbers seem to have tapered off. He said there might be a couple of possible reasons for that.

As judges set standards that require plaintiffs and their lawyers to meet certain requirements, some may be thinking twice about the expense of heading to the courthouse.

Also, there's the idea that court battles over online speech might be not be effective — and can even be counterproductive.

This is known as the "Streisand Effect," named for movie star and pop diva Barbra Streisand. In 2003, she filed an invasion of privacy suit over an aerial photo of her Malibu beach mansion posted on an environmental website that documents changes to the California coastline. In the three months before she sued, the photo of her home had been downloaded six times, twice by her lawyer. In the month after, the number of views rose to 420,000.

"Now," Ardia said, "it's part of the lore of the Internet that sometimes if you complain about something, you bring more attention to it."

Information from the San Jose Mercury News was used in this report.
Posted by Legal Support Investigative Service at 10:30 AM No comments: Links to this post