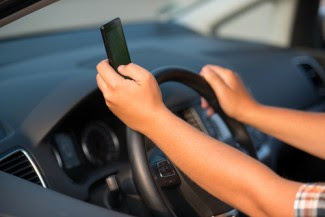 It's common knowledge that texting and driving is a bad idea and, in a number of jurisdictions, illegal. New Jersey is one of them.

But what about sending a text to someone you know is behind the wheel? In addition to moral responsibility, could there be any civil liability for doing so?

That is the question currently being considered by a New Jersey appeals court, after a trial judge in Morristown dismissed a claim brought by two injured motorcyclists against a teenager who texted a male friend she had been dating as he was driving in 2009. Reportedly distracted by a message from Shannon Colonna, then 17, the driver, Kyle Best, crashed his pickup into David and Linda Kubert, who were on their motorcycle in Mine Hill, the Morristown Daily Record reports.

Each of the Kuberts lost a leg in the crash, and they sued both Best and Colonna seeking damages. A state superior court judge nixed their aiding and abetting claim against Colonna last year, and an appeal followed. Best, meanwhile, settled the civil case against him by tendering the $500,000 limit of his auto insurance.

In oral arguments on Monday, attorney Stephen “Skippy” Weinstein, who represents the Kuberts, said the court should impose a duty of care on those who know the recipient is both behind the wheel and likely to be reading texts while driving. Best and Colonna exchanged 62 texts during a several-hour period before the crash, the newspaper says.

However, Joseph McGlone, who represents Colonna, said she is not responsible for his misconduct, according to the Daily Record and the Star-Ledger:  “My client doesn’t know he’s driving, she doesn’t know his schedule. She cannot control when Kyle Best reads the message,” McGlone told the three-judge Appellate Division panel.

“Other than not to send it to begin with if she knows he’s driving,” Judge Michael A. Guadagno responded to McGlone.

Another member of the panel also appeared open to the novel theory: “The question for us is, how do we write up that duty so it is applied the right way?” said Judge Victor Ashrafi.

In response to an argument by McGlone that Best had been distracted by the text message he just sent to Colonna, not by her message to him, Ashrafi said: "But for her sending the text to him, he wouldn’t be looking down.”

Exactly what happened when isn't known, pointed out the third member of the panel, Judge Marianne Espinosa, because the texts weren't preserved.

Posted by Legal Support Investigative Service at 11:55 AM No comments: Links to this post

California is a “No Fault” state when it comes to divorce, however, costly legal issues still arise that can impact you the rest of your life.

Prevailing in a divorce or child custody case is largely about discovering and obtaining relevant facts in a form that is compelling to the court and ADMISSIBLE in court.  It is not enough to state innuendo, or "everyone knows this" or otherwise use conjecture to establish a fact.  Facts are established by witnesses, documents and various forms of evidence.

First you need to retain a very good, specialized licensed investigator.   When making this choice, take into consideration California does not have pre-license educational requirements for private investigator applicants, nor does the state require continuing education once licensed.  A very small fraction of the state licensed P.I.s have formal education in litigation, leaving the majority of P.I.s clueless when it comes to knowledge of the elements of a legal issue.

What does this mean to you?  At the very least, possibly wasted time and money on a worthless, aimless investigation. On the other hand, it could mean an adverse legal decision that could impact you the rest of your life and worse, the possibility of exposure to civil liability for the tortious acts of an untrained investigator.

Any private investigator can be used to determine if adultery exists ... that's a no brainer.   However, in litigation, you need a trained licensed investigator specializing in Family Law matters.  A specialized Family Law investigator can be invaluable in complex matters such as child custody and visitation cases, contempt cases, on the issue of finding hidden property, and in support cases when it becomes necessary to track someone who is lying about their employment and income.

The LEGAL SUPPORT INVESTIGATIVE SERVICE utilizes decades of investigative experience and trained Paralegal expertise to provide you with a focused and cost effective investigation with reduced liability.

The trained licensed investigators at LSIS understand the legal issues and their elements, the rules of evidence and how to present this evidence in the form of credible reports supported by evidence and courtroom testimony.  They also know the codified laws and case laws that govern our actions, with a firm understanding of liability, protecting our client's from exposure to liability.

LSIS has been successfully employed as part of a legal strategy to win innumerable cases that otherwise may have been up in the air as to their results or would have been extremely challenging to prove.

We rely on specialized Paralegal and Investigative training in:

Additionally, we receive legal updates and ongoing continuing education through membership with paralegal and investigative associations.

Law firms repeatedly use LSIS based on trust. A trust derived from results, investigative & legal knowledge, professionalism, reliability and integrity.

For more information about our services, please visit our Family Law brochure and call or email for a free consultation and case evaluation.

We look forward to working with you.

Posted by Legal Support Investigative Service at 12:16 PM No comments: Links to this post 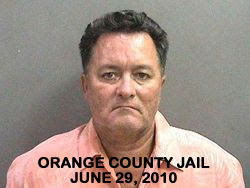 SANTA ANA - A former police officer working as an unlicensed private investigator was convicted and sentenced today for defrauding his clients. Kevin Michael Sianez, 56, Fountain Valley, pleaded guilty to a court offer to 17 felony counts of grand theft by false pretense, 11 felony counts of fraudulently using an access card, two felony counts of identity theft, four felony counts of possession of a firearm by a felon stemming from a 1998 conviction for stalking, six felony counts of obtaining services through false representation, and one felony count each of perjury by declaration, computer access and fraud, and possession of ammunition by a prohibited person. Sianez also pleaded guilty to one misdemeanor count each of unlawful representation as a private investigator, engaging in the business of private investigation, and doing business without a valid license with sentencing enhancements for aggravated white collar crime over $100,000 and property damage over $65,000. Sianez was sentenced to four years in state prison stayed and ordered to serve one year in jail and make monthly restitution payments of $5,000 until he fulfills the total losses of over $187,000.

Sianez posted false reviews of his various businesses on Internet investigator and referral websites to optimize his search engine presence. He used these fabricated reviews to mislead potential clients into believing his businesses had nationwide offices and investigators, when in fact he operated out of a small suite in Fountain Valley with less than five employees, who were primarily family members. Sianez defrauded clients by performing little or no work on their cases after receiving payment. He defrauded properly licensed private investigation firms by subcontracting investigative work to them and failing to pay for their services.