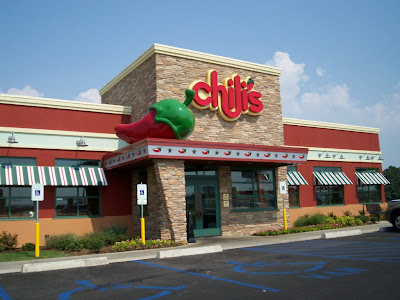 Under current California law, Section 512 of the Labor Code, businesses are obligated to provide a 30 minute uninterrupted break to employees working more than five hours a day, where they are free to leave the premises and relieved of all duty for the duration of the break.

The court found an employee is free to work through their break and an employer is not liable for paying a premium wage. They are liable for regular pay only if the employer “knew or reasonably should have known that the worker was working through the authorized meal period.”

“This is huge for small businesses across the state, from mom and pop restaurants to doctor offices to construction companies,” said Republican Minority Whip Assemblyman Dan Logue in a statement today. “Small businesses have been held hostage by California’s strict meal and rest break laws for years and this will bring tremendous relief as our economy begins to emerge from the recession.”

There have been numerous class-action lawsuits over violations of work break statutes in the past, including groups filing damages against Wal-Mart and Target. In 2010, Wal-Mart settled a class-action suit over meal breaks and rest periods for $75 million.

Today’s decision is considered a landmark as it answers meal break labor law questions that have left other class action suits in limbo, due to what Robert Roginson, management lawyer and partner with the firm of Atkinson, Andelson, Loya, Ruud & Romo, says is ambiguous language in California’s Labor Code.

“The ebb and flow of business in dining establishments is contingent upon customer volume at a given time. Providing oversight to each and every employee’s meal-and-rest break would have been a huge challenge for employers all over California,” Roginson said in a statement. “This ruling strikes the right balance, ensuring employees are guaranteed meal breaks, while still giving them the flexibility to work when they have the greatest potential for commissions or tips.” 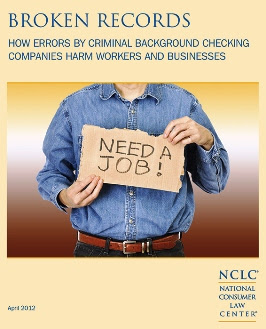 Since September 11, 2001, there's been an explosion in criminal background checks for job applicants by employers, yet many reports are riddled with errors. An industry-wide lack of accountability and incentives to cut corners mean that tens of millions of workers may pay for these third-party errors with their jobs while employers waste money and miss out on hiring qualified employees.

This report investigates common poor practices and mistakes with recommendations for solutions and the role of federal agencies and state government in holding background screening companies accountable for accurate work. It is essential that the Wild West of employment screening be reined in so consumers are not guilty until proven innocent.

A high percentage of adults living in the United States are affected.

Nearly 1 in 4 adults (an estimated 65 million people) in the U.S. have a criminal record.

Many additional people without a criminal record are wrongly tagged as having a record.
The problems are industry-wide.


There are no licensing requirements for criminal background agencies. Anyone with a computer and access to records can start a business; the total number of companies is unknown.

Many companies attempt to skirt the federal Fair Credit Reporting Act (FCRA) by subcontracting work to other vendors or disclaiming responsibility.

Employers often fail to comply with the FCRA. This makes it difficult to know whether consumers were denied employment due to a background check report.

Mismatch people (i.e. a person with no criminal background with someone who has a record, which is especially problematic for people with common names);
Omit crucial information about a case, (i.e. a person is arrested but then found innocent);
Reveal sealed or expunged information (i.e. a juvenile offense);
Provide misleading information, (i.e. a single charge listed multiple times), and/or
Misclassify offenses (i.e. reporting a misdemeanor as a felony).


Many errors are due to common poor practices by background screening companies, such as:

Retrieving information through bulk record disseminations and failing to routinely update their databases;
Failing to verify information obtained through subcontractors and other faulty sources;
Using unsophisticated matching criteria;
Failing to use all available information to prevent a false positive match; and
Lacking understanding about state specific criminal justice procedures.


The National Consumer Law Center report recommends that federal regulatory agencies and states use their authority to rein in industry-wide problems (see page 35 of full report for detailed recommendations).

1. The Consumer Financial Protection Bureau (CFPB) can issue regulations under the Fair Credit Reporting Act (enacted in 1970 by Congress to protect the privacy of consumers) to ensure greater accuracy of background checks. The CFPB can also require consumer reporting agencies to register so consumers can correct inaccurate and misleading information.

3. State legislatures, administrative agencies and courts can require companies that receive bulk data from court databases to promptly delete sealed and expunged criminal records and routinely update their records. States can also audit companies and if not in compliance, states can revoke the companies' receipt of data. 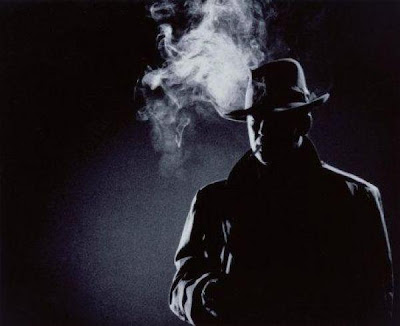 A preliminary hearing was continued Tuesday for a man charged with impersonating a private investigator while working for the city of Hawthorne.
The hearing was postponed because the attorney for Edward Joseph Ortega was involved in another trial. Judge Kathryn Solorzano ordered Ortega to return to the Airport Courthouse on April 20 for a preliminary hearing.
Ortega, 41, was charged last year with four felonies for perjury and false personation while conducting surveillance and questioning of city employees. He had been hired by former Hawthorne City Manager Jim Mitsch to investigate employees in the spring and summer of 2010. Later, records revealed that Ortega was not licensed to work as a private investigator and that he had falsified employment documents.


http://www.dailybreeze.com/news/ci_20317963/hearing-postponed-man-accused-impersonating-private-investigator-hawthorne
Posted by Legal Support Investigative Service at 4:38 AM No comments: Links to this post