The P.I. that couldn't say No

This story is a few years old, but still hilarious. 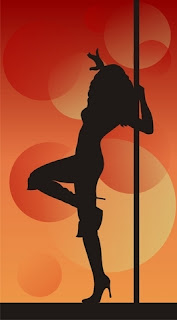 SAN BERNARDINO - In a day jammed with salacious courtroom testimony, attorneys representing the city teased lurid details from investigators who said they observed - and engaged in - various sex acts for money at a local strip club.
At a hearing Wednesday in a case the city filed against the Flesh Club, three men hired by the city as private investigators told tales of aggressive groping, explicit propositions, and in one case full-blown sex with dancers at the Hospitality Lane Business.
The proceedings in San Bernardino Superior Court were the latest installment in a long saga. City officials have tried to stamp out the club since 1995, and both sides have been dealt legal losses over that time. In the current case, attorneys hired by the city seek a court injunction that could shut down the club for one year and impose hundreds of thousands of dollars in fines.
To do so, they must prove that prostitution occurs at the club. The quest to close the club has cost the city at least $130,000 to date.
The sex divulged in Wednesday's testimony was never supposed to happen - one investigator said he lost control.
Duane Minard, 45, a licensed private investigator and former Riverside County sheriff's deputy, testified that he visited the Flesh Club on reconnaissance missions three times in early and mid-December 2006. On all three occasions, Minard said, women at the club fondled him, implied or bluntly offered sexual services and performed simulated sex acts on him behind closed doors.
On his second visit, Minard testified, he went into a secluded "VIP" room with a dancer named Taren - and that's when he lost control.
"She unzipped her gold and silver purse and pulled out a condom," Minard said softly.
Prodded by prosecuting attorney Laura Tall Liu, Minard described in vivid detail how he engaged in sex for two to three minutes with Taren.
But his debt wasn't settled, Minard said. Up to that point, he said, he had paid the woman $300 for time and lap dances in the dark room. After having sex with her, he had to leave his driver's license with a bouncer for collateral while going to fetch $400 more from a nearby ATM. He only had $100 on him.
Altogether, he paid the dancer $800, Minard testified.
While picking up the money, a frazzled Minard put in a call to the private investigation firm with which he was contracted, CI&S, which is owned by Robert Bittner.
He told Bittner what had happened.
"He wasn't very happy with me. He said I crossed the line," Minard told the court. "(But) I said I needed to pay, and he said he'd cover the costs."
When asked by one of the city's attorneys to explain his actions, Minard was at a loss.
"I didn't have the time to clear my head, I was aroused. I was waiting for the cavalry to come over the hill," Minard said. "A cop way of thinking."
While Minard's testimony dominated the day's proceedings, he wasn't the only undercover investigator to report questionable activities at the club.
Brett Nichols, 29, testified that he too was paid $45 per hour to scope out the club. He said he went on the afternoon of Jan. 5 and purchased a "totally nude" lap dance for $40 from a dancer named Daisy, after which she led him to a dim, secluded room. She groped him and offered to perform sex acts on him for $200, Nichols testified, adding that he declined.
Roger Jon Diamond, the attorney representing Flesh Club owner Ryan Welty, 33, labored to impugn Minard by highlighting contradictions in his testimony and draw a direct connection between city funds and paid sex acts.
Minard subcontracted with Bittner's investigation firm, which was hired by Arias & Lockwood, a law firm, to investigate the club. The city hired Arias & Lockwood to bring the case against Flesh Club.
Minard admitted to Diamond under cross-examination that he had billed the investigation firm for the $500 he paid for sex on Dec. 5.
"Eventually & the city of San Bernardino will have paid for the sex?" Diamond asked.
He also made a point of establishing that Minard was being paid by the investigating firm, and perhaps ultimately by the city, for his testimony. Minard denied that he took the stand for money, saying he did it because he "felt obligated."
"Knowing I overstepped the bounds of the investigation, I don't know if (Bittner) will be obligated to pay me (for the $500 sex)," Minard said.
Joseph Arias, the city's lead attorney in the case, said he had not decided whether to reimburse Bittner for Minard's sex bill. Minard went back to the club after his bosses interviewed him and were satisfied that he would not make the same mistake again.
"I don't know, I'm inclined not to pay him," Arias said.
City Attorney James F. Penman said Minard would get no city money because he broke the law. Penman added that he has reported the incident to the District Attorney's Office.
"I decided immediately when I heard (about the sex) that we weren't going to be paying him. When he crosses that line, he's on his own," Penman said.
"We don't need an undercover investigator to participate in a sexual act, but the fact that he did only further demonstrates what type of an establishment this is."
During a court recess, Diamond said the club had never been cited for prostitution and that he thought the city would ultimately foot the bill for Minard's $500 sex.
Welty, who sat in the audience for the entire day, was critical of the city's operations against his club.
"Twelve years and hundreds of thousands of dollars against me and the city is still full of potholes," Welty said.
Judge Donald Alvarez set the next court date for Jan. 23.

Posted by Legal Support Investigative Service at 9:52 PM No comments:

The Pellican's Mess - Ethical Considerations for Attorney's Who Hire P.I.s 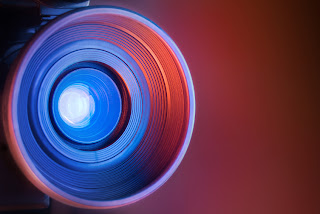 By: David B. Parker and Pierre B. Pine
Parker, Mills & Patel LLP

Posted by Legal Support Investigative Service at 9:18 PM No comments: 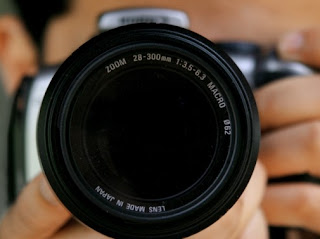 California courts have broadly applied the strict provisions of the Private Investigator Act.

Long before the Murdoch empire’s phone-hacking scandal, Anthony Pellicano was the private eye that stars feared (and used) most. In his first interview since going to prison, he reveals new details on spying for Schwarzenegger, clearing Cruise's name—and why he dumped Michael Jackson.

The case against the alleged "Dirty Cop" and his buddy, the Private Investigator 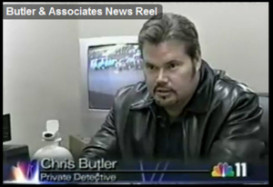 Most of the information in this story is the same as what we posted yesterday, however, the FBI has outlined the maximum penalty for each count against Wielsch & Butler, which is interesting.

CNET Commander Norman Wielsch and PI Christopher Butler Alleged to Have Engaged in a Spectrum of Corrupt Activities, Including Stealing Methamphetamine and Marijuana from Evidence and Selling It For Profit, Protection of a Prostitution Establishment, and Armed Robberies of Prostitutes

According to the indictment, Wielsch, 50, and Butler, 50, are alleged to have participated together in criminal activities made possible by Wielsch's position as the commander of the Contra Costa County Narcotics Enforcement Team (CNET). The indictment alleges the following abuses of Wielsch's position, in which Butler, a private investigator based in Concord, participated and assisted: